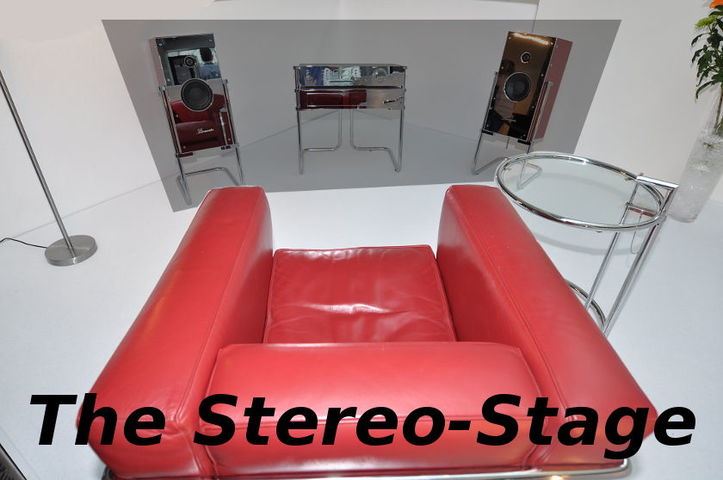 Unfortunately, physics doesn´t allow for a zero-loss transfer of recorded music signals. Weak sound signals reach the listener somewhat mitigated, if at all. The better the sound system, the less these weak signals dwindle. And you can hear that. Imagine hearing a “sound stage” – a kind of virtual sound arena, if you like.

Using an ideally aligned premium sound system, the range of a sound arena is considerably expanded. The travel of sound occurs not only between the speakers but also as far as the side-walls. Through the horizontal “void”, the spatial localisation of both instruments and sound-body function greater. The music plays freely and preserves it´s liveliness – you get the impression that the music is emerging from the room itself, rather than from the speakers. Having said that, noticeable recording imperfections also increase. Poor recordings bring hissing, distortion and disharmony to the very forefront.

This can cause irritation to the listener, if one is making a sound performance evaluation based exclusively on “recording imperfections”.

Using a poorly aligned Hi-Fi system, the sound pattern is reduced to an area solely between the speakers (see ”Poor” illustration). The sound output is dull and compressed. The listener gets the impression that the sound output is coming from as far away as, for example, being on the highest seating area in a concert arena. The weak output is produced due to the excessive transfer loss, not the actual sound transducers. Premium sound systems still only suit background sound exposures.

Transfer losses are significantly noticeable when using weak signals. This can appear as a pseudo-low-scaling on the sound stage. In other words, there is a misleading spatial gravity that didn´t exist during the recording. For instance, when recording a singer who is performing whilst simultaneously playing an instrument and the microphone is positioned at the same distance from the singer and the instrument. When listening to the recording, it appears as if the singer and the instrument are not synchronised and a misleading pseudo-low-scaling is then produced. Essentially, weak signals then cause instrument or voice sounds to drift rearwards away from the listener. When using strong signals, the sound source draws closer to the listener.