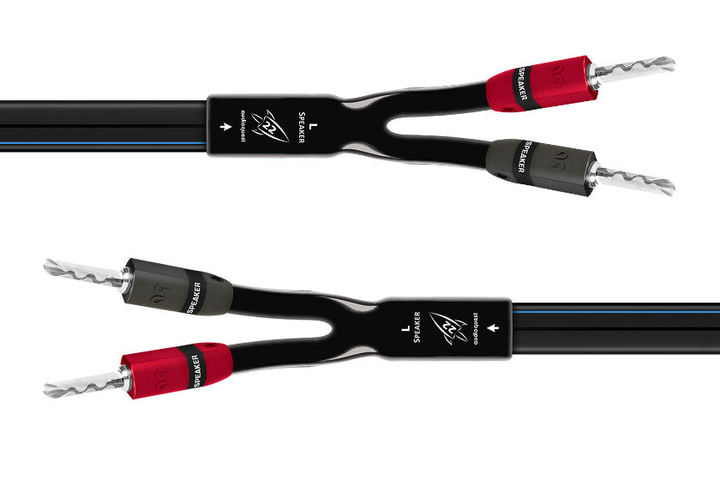 AudioQuest is a tweaker – if AudioQuest can improve a product, or introduce a better tool for your business, that’s what they will do.

Almost 20 years ago, AudioQuest introduced the first models of the Flat Rock Series of speaker cables: Slate, Bedrock, Granite and Gibraltar. Over the next couple of decades these models saw many improvements, and eventually new model names in order to codify those many improvements.

Along the way, dealers asked audioquest to bring the value and effectiveness of cables optimized both for Full-Range and for Single-BiWire to a wider audience — and so AQ designed a series of similar concept models, but smaller and less expensive – using the in-house bridge name “Rockettes” for smaller Rocks. The series name evolved to simply Rocket, and in honor of a very famous Oldsmobile, Rocket 88 became the top model.

Another half-generation later, and AQ heard the drumbeat of dealers asking for speaker cables which would meet the same practical mandate of being optimized both for Full-Range and for Single-BiWire, but at yet lower prices — and which must be easy for the consumer, store or integrator to prepare themselves. 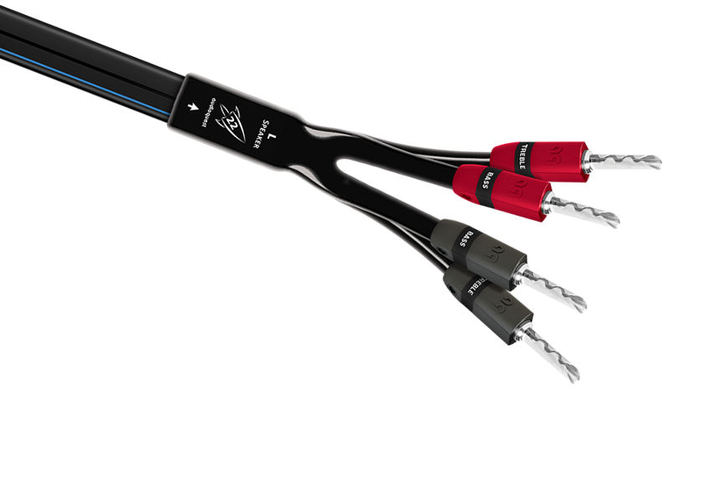 Preparing Rocket 11 and 22 for Full-Range is simple – there is no braid to cut back and dress, no breakouts, no legs or pants – and of course the cables are CL3 and FT4 certified.

The big sonic advantage of BiWiring comes from the large magnetic fields associated with the bass not modulating the treble cable. This is akin to taking the waves (bass) out of the water while you (the treble) are trying to swim. The bass isn’t helped by BiWiring, but it sure sounds that way because the bass harmonics and all the treble are significantly less distorted.

The most common reason people don’t take advantage of this obvious audible improvement is the cost of buying twice as many cables – but with properly designed cables, BiWiring using the same or less money will always yield better sound. The story is not about how much money to spend, but about how to get the best sound for the money – though of course confidence in value does lead to higher value sales.

Rockets 11 and 22 use Semi-Solid True-Concentric Conductors for the first time. AQ has been bragging about the tremendous advantages of Concentric conductors for years. In addition to the superior Long-Grain Copper used in G2, X2, Q2 and the SLiP cables, and controlling directionality — the concentric arrangement of the strands is why these cables sound so clearly superior to other seemingly similar cables.

“True-Concentric” is an industry standard term for when each layer of strands in a concentric conductor is spiraled in the opposite direction from the layer below, eliminating the lines of contact between the layers, and increasing contact pressure at the points of contact. The downside is much more machine time and higher cost – the upside is better sound you can hear.

Skin-effect causes the sonic signature of a concentric conductor to be almost entirely the signature of the metal used for the outermost layer. True-Concentric construction significantly furthers this beneficial effect by dramatically increasing layer autonomy.