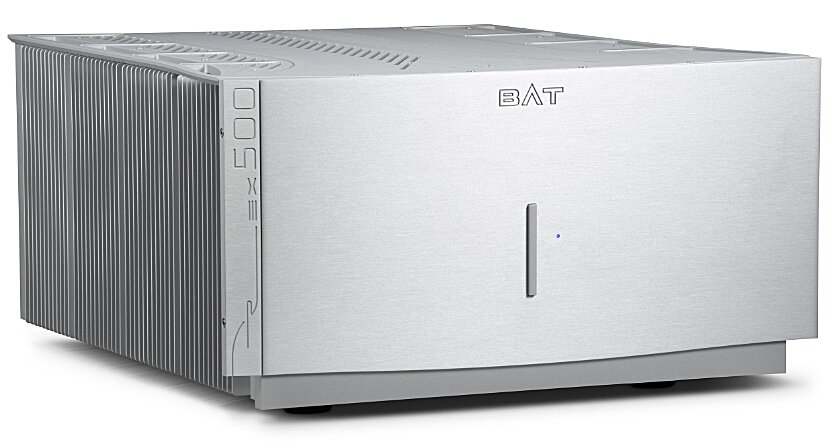 Balanced Audio Technology’s flagship solid-state power amplifier, REX 500, represents the culmination of the company’s decades-long pursuit of sonic and engineering excellence. Victor Khomenko, BAT’s chief designer, observes that the unit’s massive power output is largely academic. “BAT has never designed for power alone, and I am most proud of the elegant simplicity in how the REX 500 delivers that power,” he says. For those who demand numbers, the stereo REX 500 produces 500 watts/channel into eight ohms and 1000 watts/channel into four ohms. In mono configuration, let’s just say that the power is more than adequate.

The Benefits of a Purist Approach

A true dual-mono design with independent channel assemblies, power transformers, and separate power cables for the left and right channels, REX 500 adheres to a purist approach that offers benefits in the forms of soundstaging, depth, dynamics, and insight. The gain stages of REX 500 feature the highest current delivery ever achieved in a Balanced Audio Technology design. REX 500 also employs a new power supply topology (Push SuperPak) and the largest SuperPak (as measured by energy storage) of any product in BAT history. 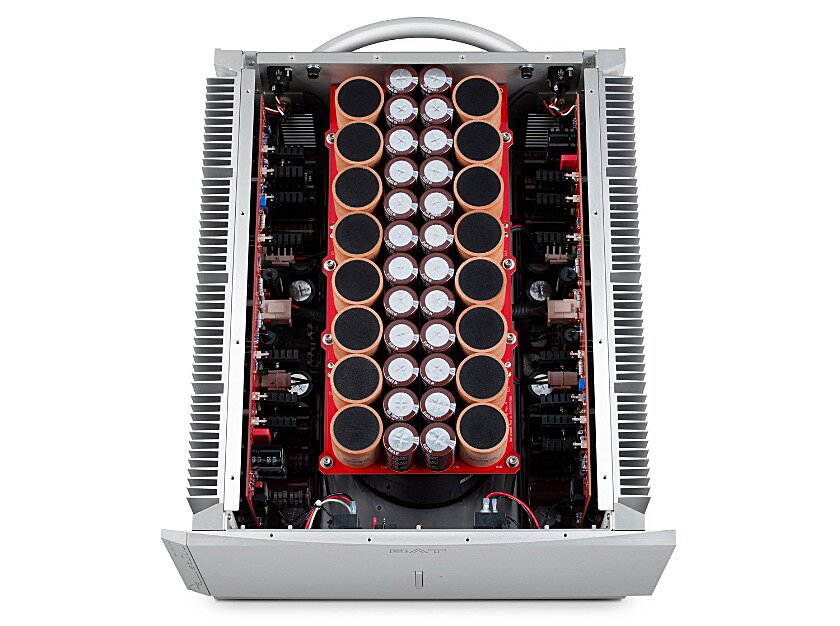 REX 500 incorporates a new protection circuit that eliminates the need to replace internal fuses. Many of us have dropped a needle on a record with the volume set too high or inadvertently shorted speaker leads when changing speaker cables. If you make a mistake, you can reset REX 500 by pressing a rear-panel button. That’s it. The elimination of internal fuses also permits REX 500 to handle higher currents without impeding the circuit’s operation. Indeed, the best-sounding fuse is no fuse at all. 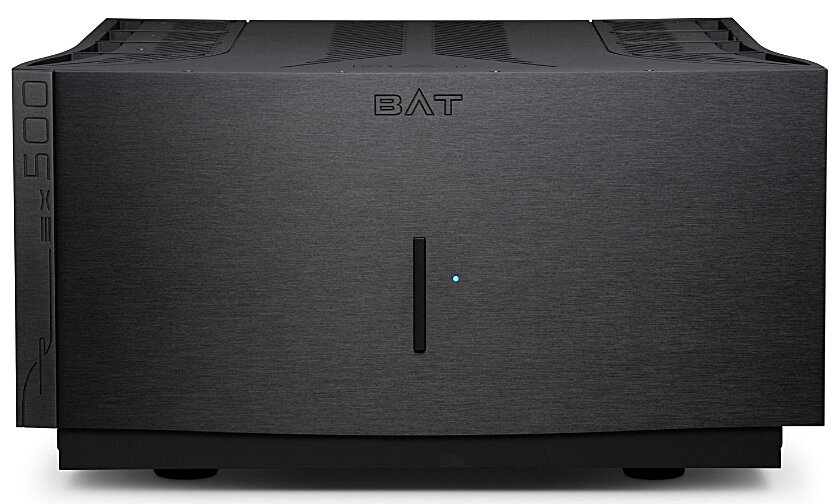 REX 500’s elegant signal path follows the Balanced Audio Technology purist approach of using zero global feedback to achieve the goals of wide bandwidth and circuit linearity. The entire amplifier circuit consists of just two gain blocks. Though the theoretical ideal for any power amplifier is to have only one gain block, that has only been achieved in amplifiers with low power output. Bypassing that limitation, REX 500 — fully balanced from input to output — is at the zenith of simplicity in modern high-power amplifier design.

REX 500’s circuit is entirely based on N-Channel MOSFET devices. Though high-power amplifiers traditionally use complementary N- and P-Channel devices in the output stage, they suffer from a crucial drawback: P-Channel devices are inherently inferior to their N-Channel brethren. You will never get perfect symmetry when using devices with such a wide speed discrepancy. In REX 500, both sides of the waveform are handled by identical devices in identical circuit configuration.

BAT provides a transparent upgrade path that allows the owner of a stereo REX 500 to easily convert it to a monoblock at any point. With REX 500, the user can change their existing REX 500 to a monoblock and then order a second REX 500 to match. The added current delivery makes the sound of the REX 500 monoblocks effortless – and more akin to that of a master tape. 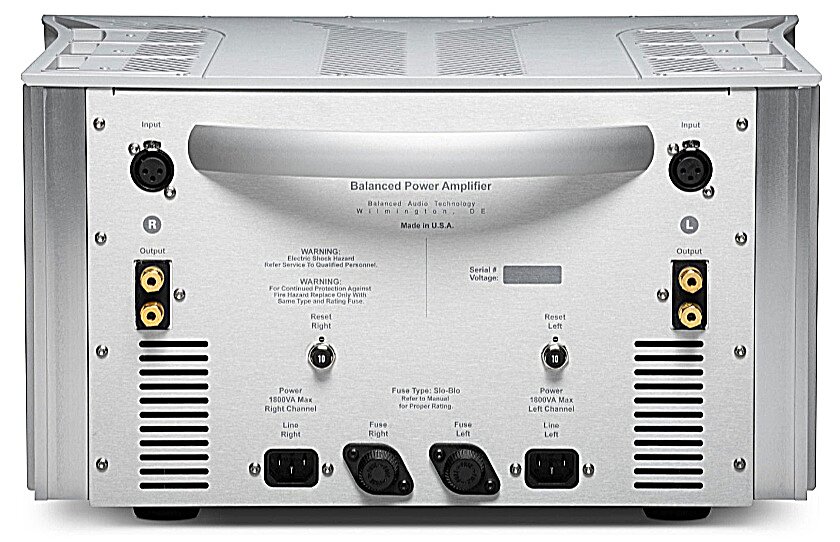 From its extraordinary power delivery to the peace of mind provided by the elimination of fuses, REX 500 stands as the pinnacle of BAT solid-state design. Add to that the simplicity of a circuit that features only two gain blocks, zero feedback, and the pure symmetry afforded by using only superior N-Channel devices for amplification, and you can understand why this statement product is unique.