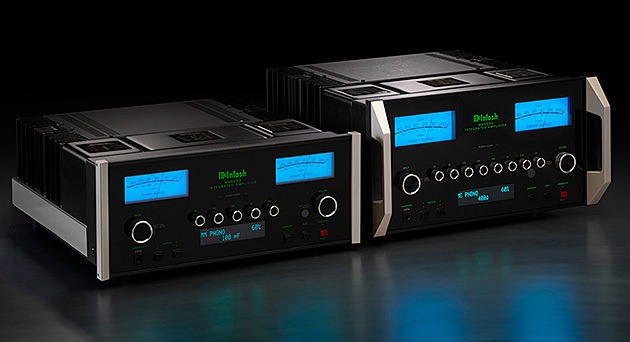 McIntosh is proud to unveil its MA9500 and MA8950 Integrated Amplifiers, which replace the award-winning MA9000 and MA8900 and add performance enhancements to these already outstanding products.
Dynamic headroom has been increased on both new models by over 50% thanks to the filter capacity being doubled in each. This increase in dynamic headroom will give both new models greater ability to reproduce musical peaks with even less distortion than their predecessors. The increased filter capacity will also help deliver more amazing bass playback, low end performance, and overall bass control.
The MA9500 and MA8950 come with the McIntosh DA2 Digital Audio Module factory installed instead of the DA1 module that came in the MA9000 and MA8900. The DA2 is powered by an audiophile-grade, Quad Balanced, 8-channel, 32-bit Digital-to-Analog Converter (DAC) that has improvements in both dynamic range and total harmonic distortion compared to the DA1. The DA2 includes all the same digital inputs found on the DA1 (2 coaxial, 2 optical, 1 USB, 1 proprietary MCT input) plus adds an audio-only HDMI Audio Return Channel (ARC) connection. The DA2 also features increased DSD playback support of up to DSD512 via the USB input compared to DSD256 support on the previous models.
Upgraded power supply components further reduce noise emissions while also adding more robustness under the most demanding conditions. Both the MA9500 and MA8950 continue to use powerful control microprocessors for smooth and reliable system operation, as well as some of the latest state-of-the-art audio-grade circuit components to produce the best sound possible.

Music simply comes to life with the MA9500 through its 300 Watts per channel of clean, effortless power. It features 10 analog inputs: 2 balanced, 6 unbalanced, plus 1 Moving Coil and 1 Moving Magnet phono input that both offer adjustable loading. It also includes a balanced and unbalanced output that can send the audio signal to another power amplifier. McIntosh’s innovative Solid Cinch™ speaker binding posts will easily but securely attach the speaker cables to prevent them from coming loose; the binding posts are gold-plated to prevent corrosion and ensure a quality signal is sent to the speakers. The MA9500 includes a discrete, eight-band tone control that allows for advanced manual analog adjustment of ±12dB in 2dB increments at frequencies of 25Hz, 50Hz, 100Hz, 200Hz, 400Hz, 1kHz, 2.5kHz, and 10kHz.

The MA8950 offers 200 Watts per channel and combines McIntosh’s amplification expertise and preamplifier technologies into one comprehensive stereo sound system component. It comes with 9 analog inputs: 1 balanced, 6 unbalanced, 1 Moving Coil (with adjustable loading), and 1 Moving Magnet phono input. It also includes an unbalanced fixed output and an unbalanced variable output along with a discrete, five-band tone control that allows for advanced manual analog adjustment of ±12dB in 2dB increments at frequencies of 30Hz, 250Hz, 500Hz, 2kHz, and 10kHz.

The full power of each amplifier is delivered via a pair of the McIntosh Autoformer™ whose unique design guarantees the speakers will always receive the full power regardless if they have 2, 4 or 8 Ohm impedance.

McIntosh’s Power Guard® technology that continuously monitors input and output signals and can dynamically adjust input levels to ensure maximum output while avoiding harsh sounding distortion and clipping that could damage the speakers.

McIntosh Monogrammed Heatsinks™ that are made from high quality materials with excellent thermal conductivity and heat dissipation properties.

Home Theater PassThru that allows for seamless integration into a home theater system.

The DA2 has received Roon Tested designation from Roon Labs.

Orders for the MA9500 and MA8950 can now be placed with Authorized McIntosh dealers. Shipping of both is expected to begin in February 2022 to the United States and Canada, and to the rest of the world shortly thereafter. Suggested retail price (VAT, shipping and any customs duties related to current standards of individual countries are excluded):

Founded in 1949, McIntosh Laboratory, Inc. is known for offering distinguished quality audio products, superior customer service and the ultimate experience in music and film. All McIntosh products are handcrafted at the Binghamton, NY factory by over 150 employees with a passion for music and the McIntosh heritage. McIntosh continues to define the ultimate home entertainment experience for discriminating consumers around the world, with the iconic “McIntosh Blue” Watt Meters globally recognized as a symbol of quality audio. Since its inception, McIntosh has been powering some of the most important moments in music history and pop culture. From President Lyndon Johnson’s inauguration speech to Woodstock to the famous Grateful Dead “Wall of Sound,” McIntosh has not only witnessed history, it has shaped it. With McIntosh, customers have the ability to create their own premium audio experience – and truly live their music. Visit www.mcintoshlabs.com to learn more. 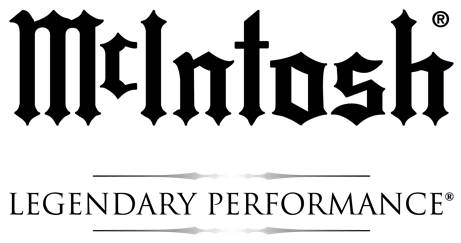